Editor's note:  Former Eastside Cross Country and Track Coach Ed Boehmke has agreed to write a monthly column for SCRunners.  Ed was the Head Boys and Girls Track and Cross Country Coach for 38 years.  His teams won three state championships, seven state runner-ups, and numerous region Cchampionships.  He has been the Meet Director for the Coaches Classic, S.C. State Championships, and the Chick-fila Games, as well the Greenville County Cross Country Championships and the Greenville County Track and Field Championships, which he started the girls' division in 1976.  He has also hosted state and regional Junior Olympics in both track and cross-country. He is very active in the S.C. State and Cross Country Coaches Association having held every elected and appointed position in the organization, including serving as President from 1988 - 1992.  He has been selected to five different Hall-of-Fames - Berea High School Athletic, USATF/S.C., Greenville Track Club, S.C. Track and Cross Country Coaches Association, and the S.C. Athletic Coaches Association.  He retired from teaching in June of 2016 but still continues to be a meet director at Eastside and is still responsible for directing the 3A and 4A State Qualifying Meet in Cross Country. 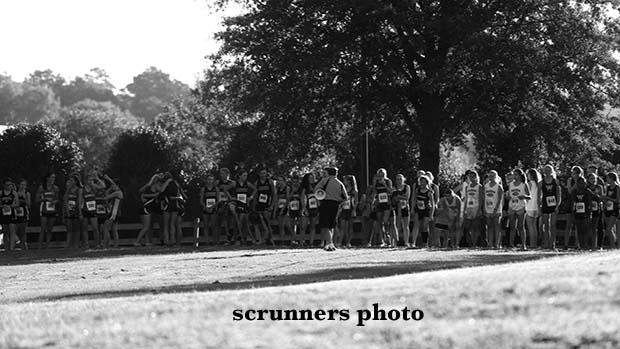 I have always loved baseball.  The game is full of statistics for every possible situation.  An announcer is now able to tell you the batting average against left-handed pitchers in a night game with two strikes.  It is crazy, but it is only stuff to talk about to fill dead time between pitches.  The situations can never be identical.  A home run is a home run.  Never do they put an asterisk by Babe Ruth's name saying he had an advantage playing half of his games in Yankee Stadium nor for Henry Aaron because in played in Atlanta's "launching pad."  A home run is a home run, weather it was 400 feet or just barely cleared the fence.  So why is it that we have suddenly become overly concerned with the exact distance of a cross-country course?

I know that those who argue for an exact 3.11 or 5K measurement will argue that all baseball fields have 90 foot base paths and 66'6" to the pitching rubber.  That is just the basis for the game.  There are just too many variables per game or per stadium to keep everything the same.  Why do Major League pitchers not want to play for the Rockies?  The atmosphere is thinner and curve balls work very poorly.  Wrigley Field is a hitter's paradise when the wind is blowing out and a pitcher's best friend when blowing in.

Does cross country need a set distance to run?  I say yes, but within certain parameters.  Each course offers it on challenges well before Mother Nature kicks her part into it by adding rain or cold or heat, or, you get the idea.  The Upstate is full of hills while the Lower State is very flat.  The humidity, even though bad all over, is usually worse for those on the coast than for us up here in the hills. Grass is long, grass is short, or there is no grass, just dirt or even a lot of asphalt.  So a course will never by the same everywhere.  Even the same course on a different day will be different.  Every one of these factors will determine the time that any runner has on a course.  The competition is against all of the others in your race, not the course.

Even when measured out, the way you run or have to run a course will add or subtract distance.  I have run 11 marathons and not once has the GPS watch that I wear said that I ran exactly the prescribed marathon distance of 26 miles and 365 yards, even though they have all been certified courses.  Same thing with the countless half-marathons, 10Ks and 5Ks that I have done over the years.  Even when I make out a course and measure it from one year to the next, it has never been exactly the same.  I know that there are guidelines for measuring a course and there are built in errors that give a course a close approximation of the prescribed distance, but they are pretty hard to follow.

Ranking of athletes on sites like SCRunners has created a monster as we try to compare one athlete to another with the arguments among all is that "Oh he ran that on that short course.  It has to be short because he can't run that fast!"  The team comparisons done by the SCRunners uses an athlete's fastest time regardless of the course and puts a team score together based on those times.  These at least give everyone a chance to argue for their own team against another, a chance for some journalistic propaganda.  Reminds me of all of the show on ESPN talking for hours about athletes and a future game for hours providing nothing but airtime and arguments for the opposing team.  The MileSplit Network could help out by putting the course and the date of the race next to an athlete's fastest time so that we can all make intelligent decisions about the "fastness" of a course.

I think that every meet director has the responsibility to measure and re-measure a course and get it as close to 5K as possible, and to mark each of the mile marks as accurately as possible.  But more important, I think that every meet director should let everyone know of the exact distance of his course.  That measure can go on the heading in the Hy-Tek results.  And I think that the course should remain the same from one race to the next and from year to the next.  That way we can make comparisons of each athlete on that course.  I was really disappointed when the directors completely changed the Furman Invitational course.  All of that history from countless District Qualifying meets and two (NCAA) National Championships - we lose the chance for comparison.  I feel the same about the course at McAlpine and at Sandhills. Just because we want the course to be "exact" we have lost what was and now we will always have to add "well the course is longer now!"  Across the globe, there are no "world records" for any distances on courses off the track, just world bests because there are just too many variables on a course to make things standard.

What I would like to see is for athletes and coaches to be given a chance to rate and rank courses like they do to hotels on sites like Hotels.com.  Let a committee get together and come up with four or five categories, like "number of hills,"  "steepness of hills," "type of terrain," "roughness of terrain," etc. ranked on a scale of one to five to give an overall general consensus of a course.  Athletes should be able to calculate how much faster or slower they ran on a course and put that into the poll and come up with a general "add or subtract" time so they can get a better idea of the course (this of course will have to be broken down between elite and non-elite runners).

The fun and excitement of cross country is that it is different.  There are so many differences from one course to the next and one day to the next, do we have to have the distances all the same?  Get close, let us know what it is and then let the kids race!  If you want the distances to be the same and the courses to be the same, we have another sport for that.  We call it track.

Runners and coaches: Want to answer some questions on major courses and their ratings for future course ratings interview series? Email jolson@milesplit.com for more information.