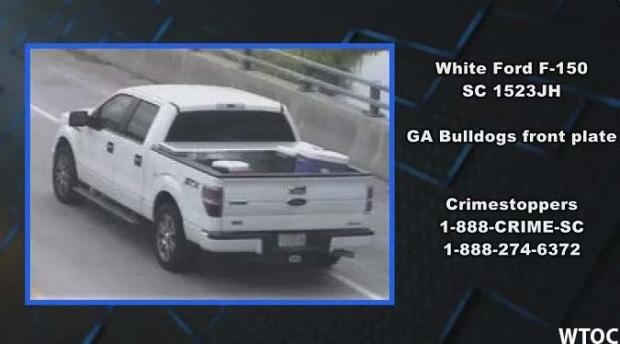 A gofundme page has been set up to help Mayo.

"Your support would mean a lot to me and I know it would to dad," said Todd Mayo. "He never asks for anything and I want to help him in a time of need.

"For those of us that know my dad, that truck is more than a way of transportation.  It is his life and could act as a second home!  To say that he lost some personal items would be an understatement.  There were keepsakes, state title winning rings, visors with his sweat and blood, stopwatches with more hours logged than most of us would see in a lifetime and water bottles specifically written out for each kid.  Coaching is what he lives for.  It's why he has beat cancer, why he is the most active 76-year-old you know, why he can keep up with my 6-year-old son (who just happens to be named after him) and why the energy he puts into everything he does rubs off on all of us.  He loves his kids and would give his life for them.  The fact that he has been coaching Pro-bono for the last 15 years should say enough about his commitment! It's not about the fame or the glory for Max.  It's about influencing these kids to be better athletes and better people...." 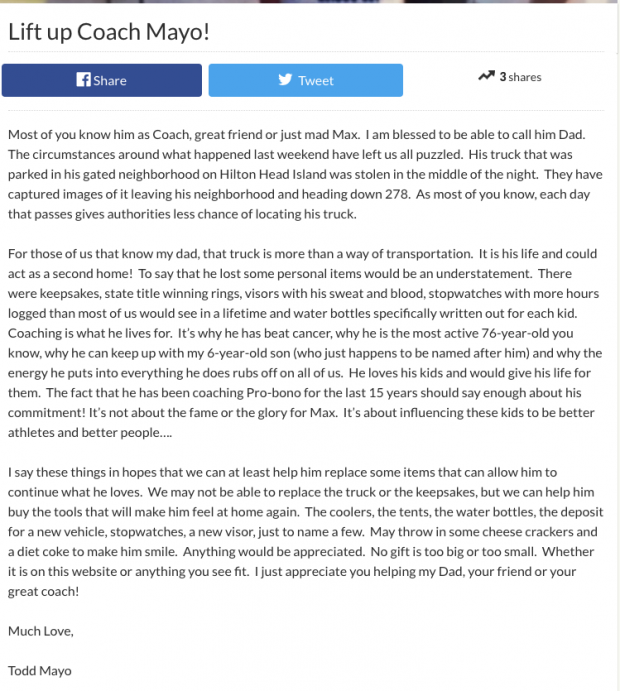