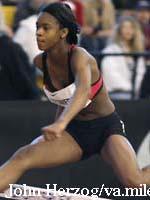 Sort By:
Filter By:

Watch: Jasmin Stowers Workout at Westside...
scrunners caught up with Jasmin Stowers for a workout when she returned home. Stowers talks about the workout, being a professional hurdler and more. Video by Jonathan Keller. ...

IAAF: Personal bests - Jasmin Stowers U.S.A. 100 hurdle...
Jasmin Stowers has enjoyed a meteoric rise during the early part of the 2015 season and currently tops this year’s 100 hurdles world lists with the 12.35 she ran at the IAAF Diamond League meeting i...