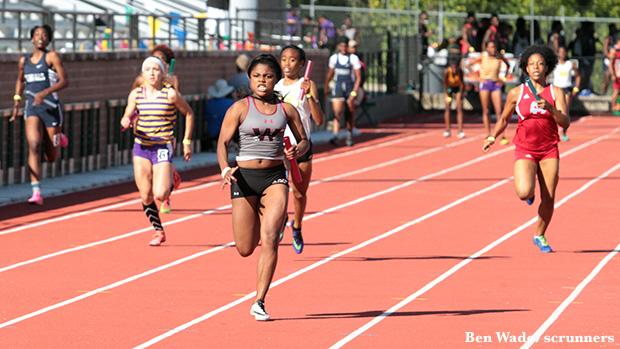 COLUMBIA - Daniel High senior Laurie Barton set a new state meet record in the 3A girls' 800 meters Saturday, winning the event with a time of 2:09.62.

Barton's performance shattered the previous state meet mark in the event, 2:11.34, set in 2013 by Imani Boatwright of Lower Richland.

Barton's was the second record-setting performance of the day. Earlier, the Wando High girls broke a 34-year-old state record in the 4A 4x100, crossing the finish line in 46.33.

That performance easily beat the previous state mark of 46.8 set in 1982 by Eau Claire.

Summerville High placed second in the relay with a time of 47.40.

A moment of silence was observed prior to the start of Saturday's events for Grace Sulak, a student at River Ridge Academy, who was killed May 7 in a car accident on I-26 in Calhoun County. She was a passenger in the car returning from the Class AAAA Qualifier held earlier that day.