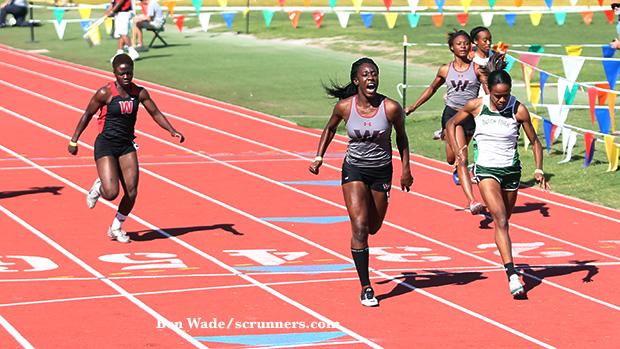 COLUMBIA - New state meet records were set in three girls events Saturday at the SCHSL Championships, and though the boys didn't set in new marks, there were four impressive performances on the track - all turned in by one athlete.

The Wando 4x100 meter team started the record-breaking morning for the girls early in the day, winning that event in 46.33 and smashing the previous state meet record of 46.8 set 34 years ago by Eau Claire.

That was the oldest state meet record until Saturday's performance by the Wando girls, led by sophomore Zeniyah Lawrence, who would later take the 100-meter dash, and junior Cierra Smalls, who placed fifth in the 100. 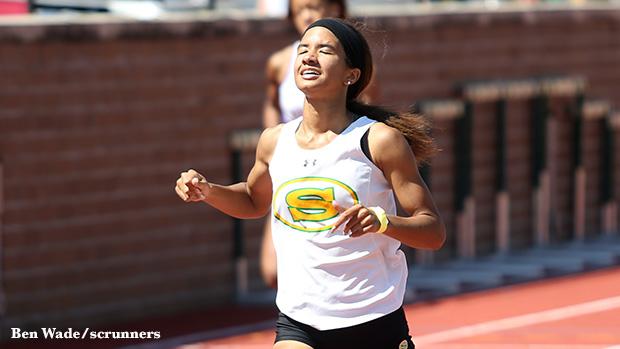 Another Lowcountry sprinter, sophomore Imagine Patterson of Summerville, set a new state meet record in the 400-meter hurdles, crossing the finish line in 1:00.46.  The previous mark in that event was 1:00.69, set in 2011 by Leanna Morrison of Berkeley.

Not to be outdone by the coastal schools, Daniel's Laurie Barton got her name in the state meet record book by winning the Class AAA 800-meter run with a time of 2:09.62, shaving nearly two seconds off the previous record of 2:11.34 held by Imani Boatwright of Lower Richland.

Recapping the relay record, the Wando girls put together a nearly flawless performance, starting with Smalls, who said she wanted to get out quickly.

"I pushed myself much harder to give my team as big a lead as possible," Smalls said. She then handed the baton to Lawrence.

"That first leg must have been the best in the state," Lawrence said. "My third and fourth leg just brought it home."

Senior Sydney Langley ran the third leg. "I had a great set-up from Ciera and Zeniyah and I just tried to work the curve and keep what they gave me."

Sophomore Chandler Robinson took it home, after a shaky hand-off from Langley.

"Our hand-off was a little wobbly, but we got it in before it was too late," said Robinson, who knew they were on a record pace. "I ran like a dog was chasing me - just flat-out to the finish."

Summerville's Patterson said she was focused this past week on getting the state meet record in the 400 hurdles.

"This whole week, we set times for each hurdle, so I tried to think about that," she said, stationing timers at each hurdle. 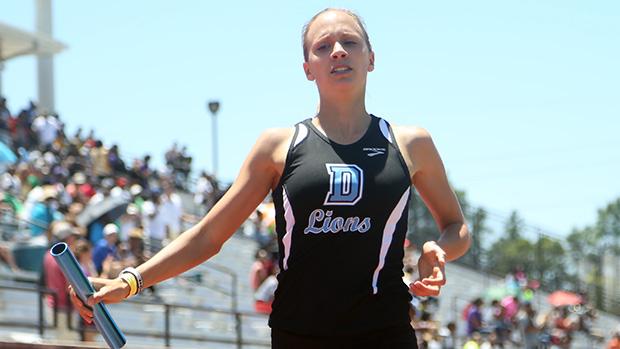 Getting the record brought tears to her eyes.

"I cried and cried," Patterson said, adding that her goal is to break her record next year.

Barton also was overjoyed with setting a new record in the 800 at her final state meet.

"This was really special since it's my last year.  That was my goal, today," Barton said.

Daniel's Ally Wilson, a seventh-grader, placed second in the 800. 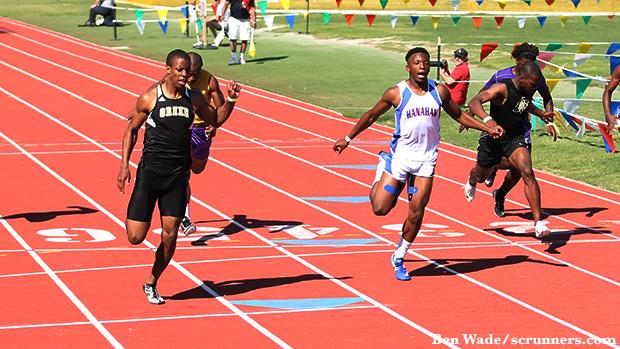 "My body was rejuvenated and ready to go," said Pride, who will play football next fall at Notre Dame.  He said he felt good after winning the 400.

For the boys, Hilton Head was the Class AAA state team champion, followed by Hanahan, while on the Class AAAA side, Dutch Fork placed first and Wando second.