COLUMBIA - Two upper classmen continued their domination on the girl's side Saturday at the SCHSL State Track and Field Championship, while an eighth-grader let everyone know that her name would likely be repeated on high school tracks for several years to come. 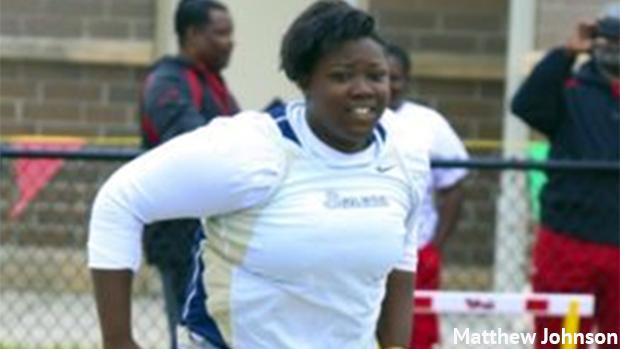 Seneca High senior Carisma Holland once again swept the girl's 3A state championship in the shot and discus, and Summerville High junior Imagine Patterson took the 5A 100 and 400 hurdles championships.

Holland, who will enroll this fall at the University of South Carolina, wrapped up her high school career with three straight 3A state championships in the shot and discus.  She won the shot championship this year with a distance of 45 feet, 11 inches, and a discus throw measuring 141 feet, 3 inches.

"I was very emotional today," Holland said, "this being my last year competing as a high schooler. I give all the glory to God for giving me the ability to compete at this level for so many years."

Meanwhile, Patterson came within three-tenths of a second of the state record she set last year in the 5A girl's 400 hurdles. She also owns the state mark in the girl's 100 hurdles.

Patterson said she made a few adjustments in the 400.

"I had to quicken my cadence on the backstretch because that's where a good part of the race is won," she said. "I was able to slingshot off the curve and into the straight and finish." 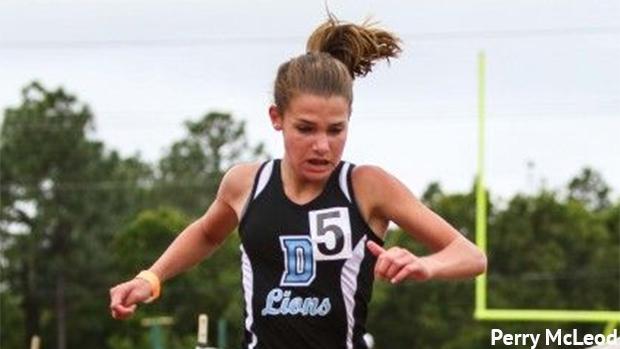 The Daniel girls just missed taking the team championship in 4A, Hilton Head taking that championship with 50 points. Daniel finished second with 49 points.

In 5A girls, Wando ran away with the team championship, racking up 84.5 points. Riverside placed second with 68 points.  In 3A, Bishop England took first with 72.5 points, followed by Seneca with 47 points.

Dorman High had a big weekend on the boy's side, taking the championship in 5A with 74 points, followed by Wando with 58 points.

Dorman was led by a pair of championships for junior Wynn Johnson, who on Friday evening grabbed the 3,200, following up that victory on Saturday with a narrow, come-from-behind win in the 1,600.

"I definitely wanted to come out quick," Johnson said. "I thought I was going to come on with a kick at the finish. I wasn't planning to be that far behind Colt (Griffith), but I was able to close and come one strong."

The double championships follow a difficult year for Johnson, who suffered a stress fracture last summer that kept him on crutches and in rehab for several months prior to the 2017 track season.

"I was very blessed to be able to come back from my injury," he said. "I really didn't run the mile that much this year, so I'm really happy I was able to get my time down this fast."

Dorman's Massey twins, seniors Jordan and Jayson, also took 5A state championships in the shot and discus, Jayson winning the shot with a heave of 56 feet, 10 inches, and Jordan throwing the discus 169 feet, 3 inches.

In the 4A boy's team competition, Hilton Head finished first with 72 points, followed by Westwood with 55 points, while in 3A, Hanahan breezed to victory, grabbing 97 points. Broome finished second with 68 points.