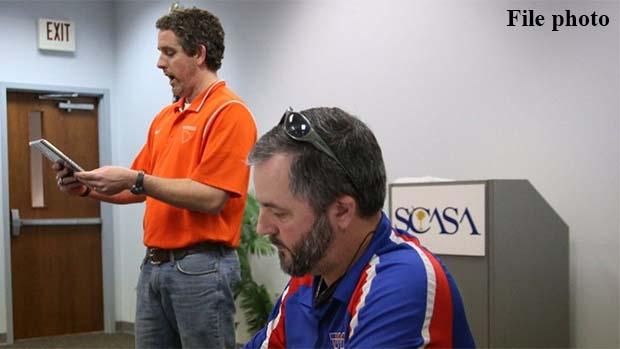 The executive committee of the South Carolina High School League met Nov. 10 with several proposals for cross country and track and field on the agenda. The South Carolina Track and Cross Country Coaches Classic submitted the proposals.

Indoor track and field was again turned down as a new SCHSL sport.

The second proposal was to reverse the executive committee's rule change from last year about teams being able to be on the state championship cross country course prior to the state meet.  The committee passed the rule change and will allow teams to once again be on the course prior to the state championship. This will go into effect for the 2016 cross country season.

Meaning:  Teams may now walk/jog the course the Friday (day before) the championship.

The third proposal was for state athletes (cross country and track and field) to completely follow the NFHS rules dealing with jewelry and uniforms.  This will bring South Carolina in line with the National Federation rules and make meet management easier for the SCTCCCA. This proposal was passed and will go into effect this spring, starting with the 2016 track and field season.

Meaning:  Jewelry will now be allowed and under garments (that do not come below the knee) no longer have to be solid color. Previous coverage

- Under garments that do come below the knee must be solid color!

- Note:  Track relay teams (and cross country teams at state) must still be in identical uniforms and under garments must match.

The final proposal presented was to change the 'starting height' of both the pole vault and high jump at the SCHSL state meet.  This proposal was passed and will start with the 2016  season.  The starting height will be 'two heights' lower than the lowest qualifying height.

Meaning:  At the state meet, the opening height for high jump and pole vault will be two heights below the lowest qualifying height.

--One foot for pole vault and four inches for high jump.

The SCTCCCA winter meeting is Jan. 9 in Columbia.

Bob Jenkins, a founding member of the SCTCCCA, said today (Wednesday) he's "disappointed for the young people of this state" regarding the State High School League's decision not to sanction indoor track and field.

Since my running days at Furman, I have been fascinated by running on the oval of an indoor track.  The short fast races, the quick tight turns, the sound of the starter's pistol echoing off the walls and ceiling, and the opportunity to compete during the winter months was an exciting time in my life.  When I started coaching, I wanted my athletes to have the same experiences, so I would take many of them off to Knoxville or Clemson or Johnson City or anywhere close where other high school athletes would compete against us.  The idea of new, indoor school records, traveling to new cities in a different venue, and much better performances in May brought many athletes out for track and field that may never have come out before.  But rules in South Carolina were either changed or more strictly enforced and the opportunities to do these meets started slipping away.