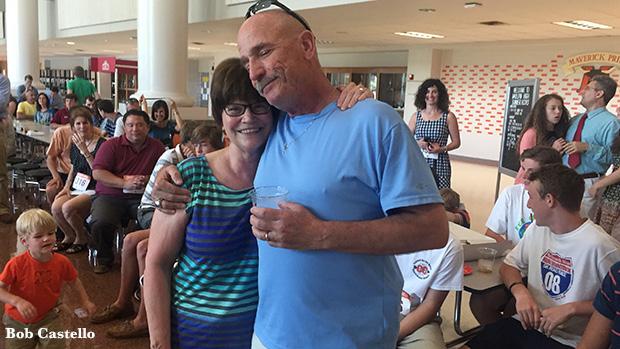 MAULDIN - The doors to Mauldin High School opened, and Delmer Howell was greeted by more than three decades of memories.

More than 170 current and former runners, family members and friends gathered Saturday afternoon to celebrate with and show their appreciation for Howell, who retired after 33 years as a teacher and cross country and track coach at Mauldin.

"I'm overwhelmed but not surprised by how everyone wants to send him off and thank him for everything he's done," said Megan Fischer Weis, Howell's stepdaughter.

Photographs from the retirement party

"He told me back in the '90s he was retiring, when I was a freshman," Weis said. "He's been saying this for years."

Howell said it again when she was home from Columbia for Easter, and this time he was serious. So Weis went to work on rounding up the troops, getting help from Howell's wife, Kathy, and Facebook and many others. 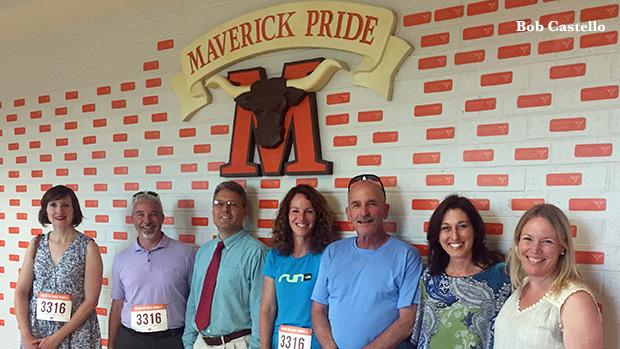 The result was a reunion he never could have imagined. Then again, runners on that 1982 team never could have imagined such success. "Everyone after me assumes that Mauldin always had this tremendous running program, but my freshman year here, I was a runner, and they had a terrible program," said Gary Arnold, a member of Howell's first three teams at Mauldin. "Coach Howell turned everything on its head. People take for granted that it's a big running school, but it wasn't that way until Coach Howell got here."

Mann's Moss to step down from track and field

After returning to his high school to teach for four years and coach cross country for two, he migrated to Mauldin for the 1982-83 school year. He helped with the cross country team for a year and then took over as cross country and track coach the next year.

"His first year here, nobody knew who he was," Arnold said. "He goes to the state meet, and he wins the girls and the boys championship." 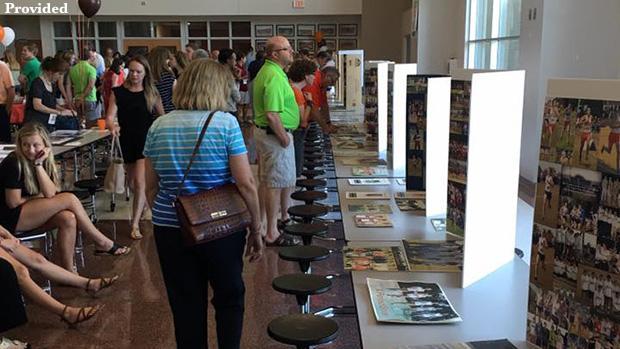 The boys won in the state's first-ever tie-breaker. Mauldin and heavily favored Spartanburg, a team coached by long-time Howell rival Jim Kilbreth that had won two of the previous three years, both finished with 64 points.

"Our sixth man was two seconds, two places ahead of theirs," Howell said. "There was no video, no nothing, just paper tags."

Arnold said it was appropriate that it came down to a tie-breaker, because Howell was all about the team aspect of the sport.

"He would go out and run with us, and if somebody would fall off the back of the pack, he would fall back and pick them up, almost like a shepherd," said Arnold, who won the 1984 individual state title with what still stands as the school record, 15:30.

"He was herding us in. He made us a team. I think that's one of the things that made us so cohesive. He wouldn't let us split up."

That message had legs and continues to run.

"I was never the fastest runner on the team, but he taught us that every member of the team getting a little bit faster and a little bit better saves points and wins championships," said Pete Byford, who ran for Howell from 1988-1992. "That sort of mentality of get better and strive forward has stuck with me to this day. I still hear his voice in my head when I'm struggling to push through and get on to the next level."

Dana Purcer House moved with her family from Charlotte before her sophomore year and ran for Howell from 1984-1987. She wound up winning state championships in the mile and two-mile as a junior, and she earned a full scholarship to run at the University of South Carolina. She also took a photography class from Howell and ended up a photography major at USC.

Coming out of college, House never thought about coaching. Years later, when she had moved to Bluffton and her kids were older, she was asked about coaching at the new high school. She's been coaching at Bluffton for 13 years, having led the boys cross country team to state titles in 2005 and 2006.

Coach Howell was a wonderful influence in my life," House said. "Having him to mentor me for those next three years was incredible. He's a huge motivator, he's relentless and he coaches everybody to be the best they can be."

Howell, at first taken aback by the moment, settled in and enjoyed the reunion, catching up with old friends, exchanging old stories, reliving good times.

After most had left, he talked about his start in running, his early days in teaching and coaching and his beginning at Mauldin. He recently had a chance to thank Marilyn Koon Hendrix, the school's first principal and the one who brought him aboard.

"She took that chance," Howell said, "and I thanked her for hiring me, because if she'd have never hired me or believed in me or given that job to me, I would have never been here."

Obviously, given Saturday's turnout and the numerous others to whom his influence extends, he's not the only one grateful she hired him.