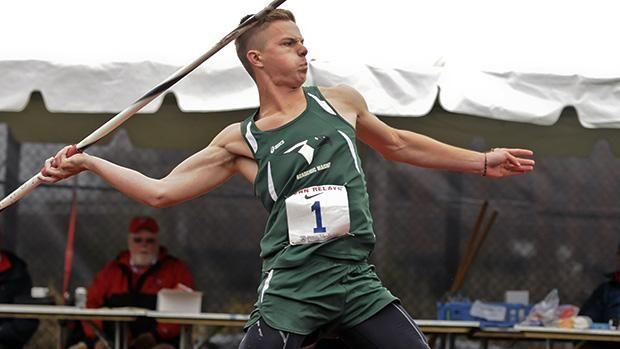 What made you decide to commit to Stanford?
There are countless reasons as to why I felt that Stanford would be good for me, but the one thing that stands out most are the people there. It felt so cool to be in a place where everyone has massive goals and achievements, but at the same time they are really humble, down to earth people. I also feel that I got along very well with Coach Sion and the track team in general, which was one of the most important things to me.

How did you make the final decision and who was involved?
I decided to commit after talking things over with my family following my official visit. We all felt that Stanford offered everything that I could possibly want and we all loved the coach, so I decided to commit.

What did you experience on each visit?
Each visit was pretty similar. On most of the visits, I got to attend class, watch practices, hang out with the team, and just basically do everything that I would if I attended that school.

What were your top five choices?
I had it narrowed down to Stanford, Harvard, UPenn, UNC, and LSU.

What did you learn from the experience?
I learned that there are a ton of great schools out there. I could easily see myself being happy at any of the schools I was thinking about, I just felt that I would do best at Stanford.

How is your javelin proposal as official event in the state going?
The proposal passed the coaches meeting with a unanimous "yes," but did not pass the next meeting after that due to concerns of adequate space for schools to practice the event. I'm pretty disappointed with the outcome because I was trying to implement the javelin as a non-point scoring event so that teams wouldn't be put at a disadvantage by not participating. I feel that the javelin would bring so many potentially great opportunities for kids in our state, so I plan on continuing my research and continuing to push for implementation until it happens. After that, I might try and do something similar in more states.

How is training?
Training is going well so far this year. I've made a few technical adjustments from last year and I'm feeling stronger than ever. Next season should be a good one.

Any top events already preparing for the upcoming seasons?
I'm definitely planning on going to the Penn Relays, New Balance Nationals, Iron Wood Throws, American JavFest, and either Junior Nationals or USATF National Championships, which depends on how well I'm doing at that point.

Going from Mt. Pleasant to California, what do you think that'll be like next year?
I'm so so so excited. Palo Alto is such a nice area, so I'm really excited to live there next year.

What do you hope to study and otherwise achieve in college?
I'm planning on studying Applied Math, Economics, and Computer Science in college, but I could easily see myself focusing on Philosophy, Business, or Music too. So in other words, I have no idea.

How does it feel to have the decision made prior to the season?
It's nice to have it out of the way. The whole college process was pretty long and stressful at times, so I'm glad that I can get back to having normal school weeks all the time now that I'm done.

How did the Stanford coaches react when informed?
They seemed pretty happy to me and I think we're all super pumped for next season. Stanford is already going to have an awesome recruiting class this year, so next year will be great!