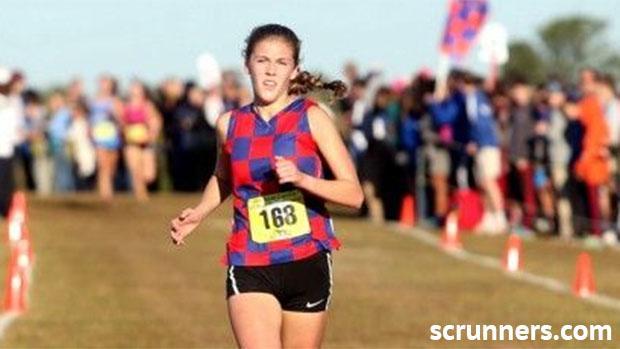 The award, which recognizes not only outstanding athletic excellence, but also high standards of academic achievement and exemplary character demonstrated on and off the racecourse, distinguishes Ambrose as South Carolina's best high school girls cross country runner. Ambrose is now a finalist for the Gatorade National Girls Cross Country Runner of the Year award to be announced in January/February.

The 5-foot-4 senior raced to the Class 5A individual state championship this past season with a time of 18:35, leading the Warriors to the state title as a team. Ambrose also won the Upper State Qualifier and the Greenville County championships, while placing 21st at the Nike Cross Nationals Southeast Regional championships.

The president of her graduating class, Ambrose has volunteered locally on behalf of the Special Olympics and the Triune Mercy Center. "Cate is the kind of athlete that every coach wants to coach," said Riverside coach Eric Cummings. "She wants to win every time on the course, and she pushes her body and mind to achieve that goal. She's a fierce competitor, but a very caring teammate."

Ambrose has maintained a 3.55 GPA in the classroom. She has signed a National Letter of Intent to compete in cross country and track and field on scholarship at the College of Charleston this fall.

Congrats to @CateAmbrose3 being named the 2016-2017 Gatorade Female Cross Country Runner of the Year! @RHSWarriorClub pic.twitter.com/4HcyPSHjcy