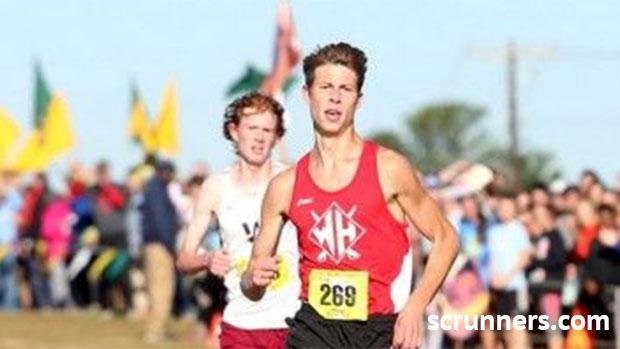 The award, which recognizes not only outstanding athletic excellence, but also high standards of academic achievement and exemplary character demonstrated on and off the racecourse, distinguishes Ward as South Carolina's best high school boys cross country runner.

Ward is now a finalist for the Gatorade National Boys Cross Country Runner of the Year award to be announced in January,.

The 6-foot-2, 150-pound senior raced to the Class AAAAA individual state championship this past season with a time of 15:40. Ward also won the Eye Opener Invitational, the Cavalier Classic, the Greenville County championships and the Upper State championships, while placing 28th at the Foot Locker South Regional.

A devoted member of his church's youth ministry, Ward has volunteered locally on behalf of the Salvation Army, the Special Olympics and Operation Christmas Child. "John is the finest distance runner I've ever had at the school," said Wade Hampton coach Richard Zeller. "He works hard and he's very devoted to his teammates, and his family. He's continued to improve every year, and this year he matured greatly into a role as a leader."

Ward has maintained a 3.82 GPA in the classroom. He remains undecided upon a collegiate destination.

Riverside's Cate Ambrose was announced as girls runner of the year for the state last week.

Editor's note: scrunners has returned from a family trip and will have an update on indoor weekend action late tonight.