One of the oldest cross country meets in the state is set for this weekend. 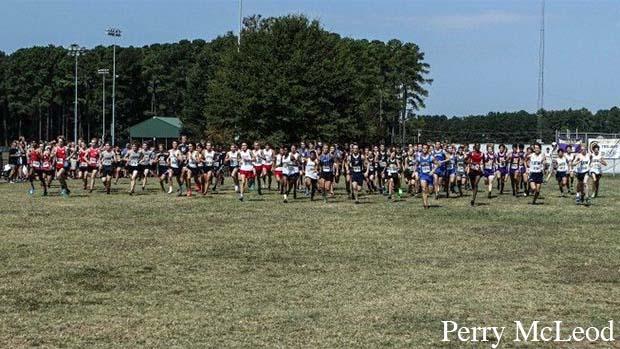 The first Trojan Invitational dates to 1973. Northwestern was led by legendary late coach Bob Jenkins, who died at the age of 79 in April 2013. He took over the program in 1971 and served as president of the SCTCCCA from 1974-78 and 1992-95. The SCTCCCA meet was renamed the Bob Jenkins' Coaches Classic in 2013.

Northwestern is currently led by head coach Chris Ardis. He said that Jenkins' mark on the cross country and track programs at the school is everlasting.

"Bob Jenkins started at Northwestern when the school opened in 1971," he said. "He started the cross country programs at all three schools in the city of Rock Hill and at York High School. Old school coach who cared for his athletes. He would do what he could to help anyone be successful but was honest to a fault."

"He was the reason my kid went to PC (Presbyterian) and ran," she said. "On Christopher's signing day, Coach Jenkins looked at him and said, 'Boy, I am so proud of you, but your form still sucks. Unfortunately, that was two weeks before he passed away."

"Genuine person who has never met a stranger," he said. "He will talk to anyone, especially if it's about Star Trek or Marvel movies. He seems to know everyone at the meets. Good guy, great coach, would do anything for his kids and the people around him."

Ardis led the Trojans boys cross country team to a state runner-up finish last year. He said this year's team will be competitive but is young.

"About 1/3 of the team are middle schoolers," he said. "The talent is there, and we're looking forward to what we can do."

Ardis said his girls team has an opportunity to place well on the home course this weekend.

"The girls were 11th in 5A last year," he said. "We maybe have a chance to be top five in the state. We're going to be competitive. Maybe we have a shot to place well, but a lot of good teams will be there (on Saturday)."

The weather forecast isn't favorable for a meet with heavy rain projected. However, Ardis said that it will go on rain or shine.

"We are planning on running as scheduled," he said. "Should be a wet one but hopefully fun for the kids."