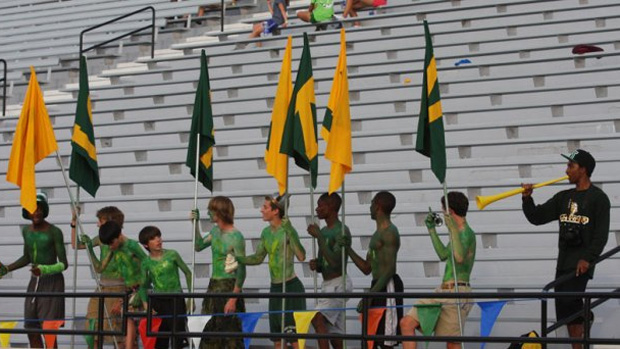 COLUMBIA -- Two-time Olympic gold medalist Monique Hennagan will be in the stands this weekend at Spring Valley, returning to an event she dominated in the early 90s.

“It will be good to see some good competition in South Carolina,” Hennagan said during a phone interview this week for scrunners.com.

Hennagan is a 1994 graduate of Spring Valley High, which is hosting the state track and field championships Friday and Saturday at Harry Parone Stadium.  The Columbia native swept the 100, 200, 400 and 4x400 at the state meet in 1992, ‘93 and ’94 while a student at Spring Valley.

Her return this Mother’s Day weekend will include a visit with her parents, who still live in Columbia, along with Saturday’s competition at Spring Valley.

Hennagan said she had hoped to see her cousin compete this weekend at state.  Diamond Holmes is a freshman at White Knoll High. She ran a PR of 1:07.56 in the 400 at the AAAA qualifier held last weekend at Spring Valley, but her time wasn’t fast enough to advance to the state meet. Holmes place 32nd in the preliminaries.

“I wanted to come (to the qualifier), but I wasn’t able to make it,” Hennagan said.

Hennagan left Columbia in 2002 and now lives in Stockbridge, Ga., near Atlanta.  She works for the American Federation of State, County and Municipal Employees, a public service union based in Washington, D.C.

“I’m a social justice person and I firmly believe in supporting workers and their families,” Hennagan said.  She said she plans to fly into Atlanta on Friday and drive over to Columbia for the weekend.

Hennagan, who ran the second leg on the gold medal team of the 4x400 relay at the 2000 Summer Olympics in Sydney and anchored the quartet in its gold medal performance at the 2004 games in Athens, said she still keeps up with track and field nationally, but “not as much as I would like to.” She said she plans to spend around 10 days at the games in London later this summer as a spectator.

“I’m looking forward to watching the games and participate in some of the activities there,” she said.

Hennagan said though it’s been eight years since her triumph in Athens, she doesn’t feel that far removed from that experience.  In fact, the Columbia native said she plans to use her track success to help launch her own social non-profit effort either this fall or next spring.

“That (Olympic) experience is definitely going to be a platform that I use to impact my target group.”

Though she hasn’t talked much with Diamond since the qualifier, Hennagan said she’s proud of what her cousin has accomplished this season.

Hennagan, who ran the anchor leg on the 2004 gold medal team in Athens and the second leg at Sidney, said she thinks Team USA will do well in London.

“The Jamaica team will be strong again, but I think we have what it takes to be just as competitive,” she said, “and when it comes to the relays anything can happen. We have a lot of good, experienced runners and it will be exciting to see what we can do.”

Hennagan said she’s looking forward to returning to London where she competed for several years professionally.

“As a professional track and field athlete, you mainly compete in Europe and I really enjoyed coming to London,” she said.  “They are very supportive of the athletes and they take good care of them when they come in to compete.  It’s a great atmosphere, and that makes a difference in how you compete.”