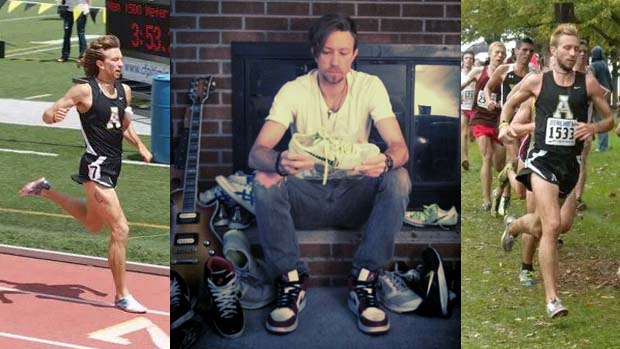 One of the best qualities an athlete can have is short term memory loss. This may seem contrary to the normal thought process of the successful athlete,  but learning to deal with mistakes and failure properly helps make you a more successful athlete.

Eight meets scheduled for this weekend

Successful elite athletes have the ability to put mistakes behind them and move forward. The nature of a hard working distance runner is almost completely contradictory to this philosophy.  As distance runners we are taught that repeated hard work week after week leads to success. This is absolutely true, but unfortunately things don't always go as planned.

Coaches can make mistakes in training or an athlete can make an error in a race. How you as a coach or athlete handle these mistakes can give you the mental edge to succeed on the track and in life.

Learning from mistakes makes you a better athlete, but obsessing over them can lead to intimidation and fear. These emotions hinder athletic performance.  Runners can learn a lot from successful golfers and quaterbacks. Both of these athletes are some of the world’s most mentally tough and smart athletes.

If any of you have ever picked up a golf club you know how extremely frustrating a bad shot shanked into the woods can make you feel. For us novice golfers, this anger and frustration generally carries over to the next shot. Putting more pressure on the next shot is only going to compound the already bad situation. Golfers have to be in the present, and forget how great or awful the shot was that got them to their current spot. Focusing on the challenge in front of you is where you need to channel your energy. Fear of the next shot or putt is only going to hamper progress and create negative thoughts.

Often times after a bad shot you will watch the golfer take another swing to feel and recognize where they made and error.  Once they recognize this mistake they are on to the next shot. Elite quaterbacks are much the same way. Many of us have seen Tom Brady throw an interception or two during crucial games and of course his string of cuss words that follow on national TV. What separates Tom from a lot of other quaterbacks is his ability to come back out the next series and not be afraid of making throws. You see him go to the sideline and discuss his mistake with the coaches, then it is on to planning for the next series.  He doesn’t let those mistakes affect him the rest of the game.  In fact Tom is known for his nerves of steel during those crucial final minutes of close games.

Regardless of his mistakes early in the game he is able to still have confidence in his physical and mental ability as an athlete to do make the throws to win the game.  You don’t make five Super Bowls without having a clutch gene!

So many times throughout my athletic career I have been incapable of letting mistakes go. Holding these mistakes and failures can drive you crazy and create unneeded stress and pressure.  One crucial part of becoming a complete athlete is learning how to fail. Unless you are an undefeated Olympic Champion and World Record holder (Herb Elliott from 1957-1961 is the only one that comes to mind), chances are there you are going to get beat from time to time. This means that a bad race or bad workout needs to be left on the track.

These moments are teaching lessons not obsession points. I recently have fallen victim to not listening to my own advice.  Last weekend while running the 1500 at Raleigh Relays I made several crucial mistakes during the race. Since then it has been hard for me to stop playing the race over and over in my head. Nothing about that race is going to change no matter how many times I replay that race.

I made the mistake of not being close enough to the rabbit and leaders and wasted a lot of crucial mental energy battling several runners, while trying to get back on pace. Once the kicking began I was already out of mental energy and not ready for the final push to the finish. Immediately after the race I knew where I made strategic errors, but since then I have desperately wanted that race back to do over, but we all know short of a time machine being invented this week that won’t happen. I’m sure that many of you experience the same feeling after losing a race you thought you could win.

So how do we apply the golfer and quaterback principles to running?  The first step is learning to let go of failure. Holding on to failure can create doubt and fear. These emotions can lead to more crucial mistakes through fear of failure. One helpful thing that I have used recently is image of skeet shooting. I imagine that my mistakes and stress are crammed into a clay disk in my mind. I then hurl this disk out into the field and use a giant rocket launcher to obliterate these stresses.  This also allows me to make light of these mistakes and realize that in reality these mistakes aren’t a big deal in the scope of the world’s problems.

This allowed me to go into my track workout on Tuesday with a clear mind and confidence that I will bounce back from my failure in my next race. Failing to achieve your desired results in a workout or race is not the end of the world or your career.  There are always more workouts and races to be run. The happiness must come in the journey and the effort you put forth to achieve your goals. So continue to take chances and even if you have failed before, because if you never take chances and let fear from previous failures handcuff you, then you will never reach your full potential as an athlete or person!