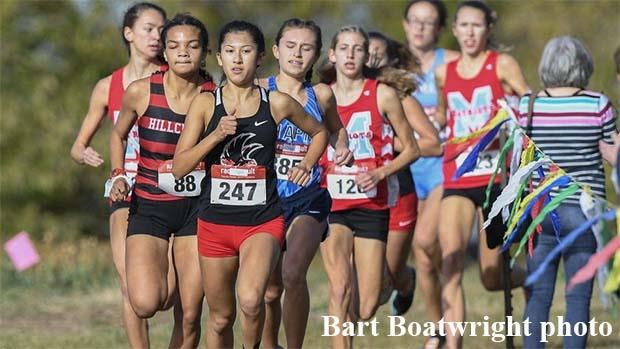 The award recognizes outstanding athletic excellence, high standards of academic achievement and exemplary character demonstrated on and off the field. Pou is now a finalist for the Gatorade National Girls Cross Country Player of the Year award to be announced later this month.

The senior won her fourth consecutive Class 5A individual state championship this past season with a time of 18:27.25. Watch the race

Pou has maintained a 3.96 GPA in the classroom. She will attend the University of Pennsylvania this fall, where she will compete in cross country and track and field.

A look at recent state runners of the year

Pou has served as part of her school's student council and has volunteered locally on behalf of food donation drives and community clean-up initiatives. "Katie's drive to constantly improve is like no other athlete I've seen," said Nation Ford coach Jake Brenner. "She had some physical setbacks that kept her from being at her best at the start of the cross country season, but through determination and patience she was able to persevere and get back to her old self and claim her fourth consecutive individual state title."

Through Gatorade's cause marketing platform "Play it Forward," Pou has the opportunity to award a $1,000 grant to a local or national youth sports organization of her choosing. Pou is also eligible to submit a 30-second video explaining why the organization she chose is deserving of one of twelve $10,000 spotlight grants, which will be announced throughout the year.