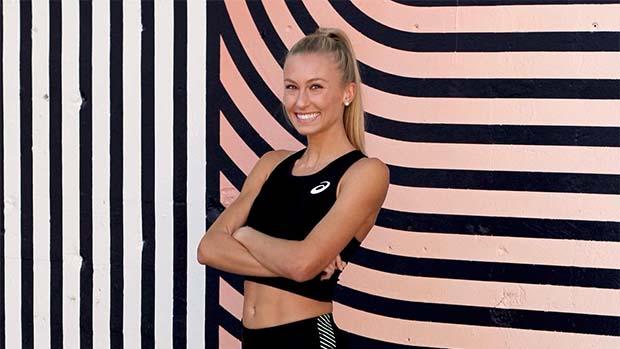 One of the most decorated female runners in state history is now a professional athlete.

Former Spartanburg Christian Academy, Clemson and Arkansas standout Logan Morris Jolly announced via her Facebook page on Thursday that she has signed a deal with ASICS. Though contract details were not disclosed, Jolly, 24, said that she's glad the announcement has been made. "It's definitely a relief," she said via phone interview from her home in Arkansas. "It's nice to know it's official. It's great that ASICS is believing in me. Now it's all for real, and I have to represent the brand. It's a blessing, and I realize how lucky I am."

Where she ranks
Jolly is planning to take over our Instagram account Friday to answer questions and discuss more from the announcement.

"It's nice to know it's official. It's great that ASICS is believing in me. Now it's all for real, and I have to represent the brand. It's a blessing, and I realize how lucky I am." - Logan Morris Jolly

At Arkansas, Jolly was a member of five combined SEC champion teams in cross country and track and selected to indoor nationals in 2020. Jolly said that it was at nationals where she felt like the pros were paying attention. "I ended up getting seventh at nationals. I had a fall but finished seventh. But I think everyone could see that I was going for more. I think that grabbed a lot of attention. I came back and qualified for the USA Championships and had the opportunity to compete with all the professionals. That's when everything started on my side. ASICS told me they were interested. I ended up signing with an agent who worked everything out and I signed with ASICS. I felt like that was the best fit for me." Jolly's father, Dwayne Morris, said that he isn't surprised that his daughter's determination got her in this position. "I ran in high school, but I had no way to gauge how good she was. I called a couple of college coaches, and I talked to the coach at Liberty. He gave the best advice saying that if she's good, she'll be doing it a long time. That helped us prepare for the long term." Morris added that Jolly's interest in running as a professional came at an early age. "I do know there was a time we were watching the Olympics, and she said 'I want to do that.' I didn't let that go and said you want to do what? She said 'I want to be a pro.' I told her she had to go for it."

Jolly's mother, Angela Morris, said that her daughter can help others reach their dreams through her example. "It serves as an inspiration to others in that no matter how big or small the school, when you have a dream you can achieve it by working hard." Photos: Logan Morris through the years

Steve Conway coached Morris throughout her high school career. He said that her journey to this day started early on. "When she was in the sixth grade, she wrote an essay saying she wanted to be a professional runner when she grows up. That's Logan though. She's very goal oriented. She works very hard to achieve those goals."

Jolly will begin training on Saturday in Oklahoma. She said that most of the fall and early winter will be spent training. Her schedule has not yet been determined.

Coach Conway recognized the talent and took a slow approach with me and helped me progress through high school. He said let's just have fun with it. I'm really thankful to him and all my coaches leading up to now for helping me get to this point."

Jolly is continuing her running career as a professional with Asics, she announced Thursday night. This is a developing story. More to come.

The announcement is below.

Jolly is planning to take over our Instagram account Friday to answer questions and discuss more from the announcement.

Jolly, who also ran at Clemson and Arkansas, noted competing for SCA, her college teams, Foot Locker South and Team USA in her post.

Photos: Logan Morris through the years

She ended it by saying, "However, every step in this journey has come with a beginning and an end. Now it's time for my latest journey to end, but To God be the glory for this new beginning. Check back tomorrow for a life update."

Visit scrunners.com on Thursday for more on this developing story.

Jolly is planning to take over our Instagram account Friday to answer questions and discuss more from the announcement.