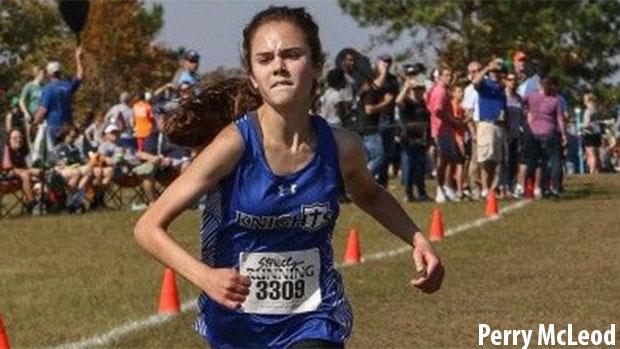 Ava Dobson of St. Joseph's Catholic High School was announced today as 2017-2018 Gatorade state girls cross country runner of the year. Dobson is the first runner from St. Joseph's to receive the honor, according to a press release.

The award recognizes outstanding athletic excellence and high standards of academic achievement and exemplary character demonstrated on and off the race course. Dobson is now a finalist for the Gatorade National Girls Cross Country Runner of the Year award.

The 5-foot-6 sophomore raced to the Class AA individual state championship this past season with a time of 18:35, leading the Knights to the state title as a team.

Dobson has volunteered locally on behalf of Triune Mercy Center, Meals on Wheels and a summer camp for special needs children. "Ava had never run a timed race until our first cross country meet this past August," said St. Joseph's coach Marie Kernell. "She had no experience or strategy, other than to run hard, and she won that first race with the fastest time in the state at that point in the season. She's a coach's dream student-athlete."