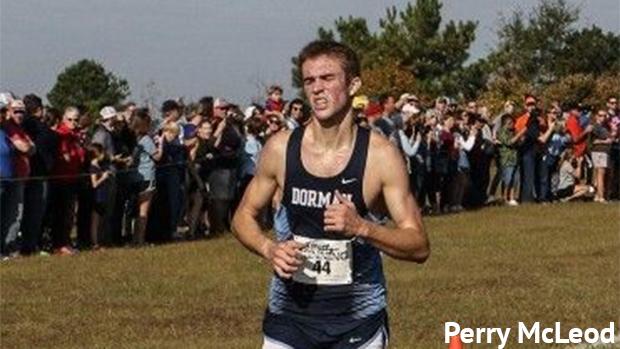 Johnson won the Class AAAAA individual state championship this past season with a time of 15:38, leading the Cavaliers to the state title as a team.

A member of the Beta Club, Johnson has volunteered locally with Camp Hope, assisting at-risk youth. "I've never coached a runner who has overcome more injuries than Wynn has during their high school career, and in each case, he's been able to come back stronger than before," said Dorman coach Jeff Buys. "Our program has placed many runners into the collegiate ranks, but Wynn has the ten fastest times ever run by any athlete from Dorman."

Johnson has maintained a 3.89 GPA in the classroom.