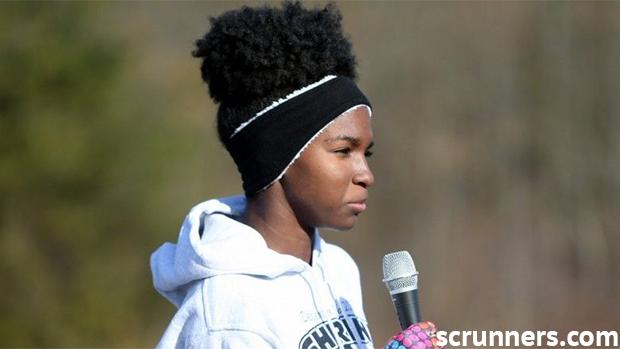 What do you hope to experience during the event?
I hope to get to know some of the best runners in the state and to learn more about the Shriners Hospital.

How are you preparing to run with a football?
I have been practicing with my brothers. I always play football with them in the backyard so I'm hoping I won't struggle running with a football for longer than I normally would.

How would you rate your senior season?
I would rate my season a 7/10. I wanted to run a lot faster than I did. I had lots of ups and downs this season but I still enjoyed it.

What future goals do you have?
I would like to become a better runner without losing my love for running.

How did you get involved with the sport and when?
I started running cross country when my mom realized how much I liked running. I used to race boys in my neighborhood all the time and I enjoyed running longer distances so she signed me up for cross country with Florence Track Club. I joined my school's team the next year.

Do you have any relation or know someone that has attended the Shriners Hospital?
No, I do not.

How have you seen the sport change in the state? Please explain.
I've noticed that cross country is becoming a more recognized sport. Over the years that I've been running, cross country runners get more recognition and people actually know more about the sport.

What was your motivation for your final XC season?
I was motivated to do well this season because last season was pretty bad. I wanted to push myself harder this year to be better than I was last year.

If there is one thing in the world you could do, what would it be and why?
I would start running clubs in places that don't have them so that everyone can experience the joy of running.